Moles are lesions that arise as a result of proliferation of pigment cells called melanocytes. The skin is composed of a number of cells with the melanocytes being the pigment producing cells. These cells produce the pigment melanin which is responsible for giving us our skin colour. The more melanin we have the darker our skin. An increase in melanin without increase in the number of melanocytes occur during conditions of pigmentation such as tanning. When the number of melanocytes increases due to proliferation we then get a mole, in Latin and medical terms called a naevus.

There are different types of moles in how they arise and appear clinically. In some cases moles are present since birth and these are called congenital naevi. In most cases moles appear in adulthood and in the vast majority of cases these are normal benign moles. Only a very small number develop malignant changes. There are a number of reasons as to why we get moles and these include genetic predisposition, certain treatments and sun exposure. Fair skinned individuals tend to have more moles than dark skinned ones.

There are a number of treatments available for moles and these include surgical removal through excision (cutting out) or shave method and laser mole removal. The choice of mole removal method will depend on the type and appearance of the mole as well as the risk of any potential malignancy. It is therefore essential that a dermatologist examines the moles carefully and this may require a magnifying tool called a dermoscope.

Surgical method of mole removal remains the best and most recommended method and surgical excision is particularly preferred if there is any suspicion of atypical features or possible malignancy. Excision requires sutures which will then need to be removed in a week or 2 depending on the location whereas shave mole removal method does not require any stitches. Benign raised moles can be removed with the shave method.

Mole removal with lasers is only reserved for completely benign and raised non-pigmented fleshy looking moles and requires a degree of experience from the operating dermatologist. The recovery is usually quick and the procedure relatively painless.

What is the chance of the mole coming back after removal?

It depends on the procedure. Shave removal has a slightly higher chance of the mole coming back compared to full surgical excision.

Do I need anaesthesia for mole removal?

Yes an injection of local anaesthetic is administered for a pain-free procedure.

Will mole removal leave a scar?

In most cases yes there will be a scar visible post procedure but the extent of scarring depends on the type of procedure and how it heals.

Is there aftercare required?

To find out more about Mole Removal

Book a consultation for Mole Removal 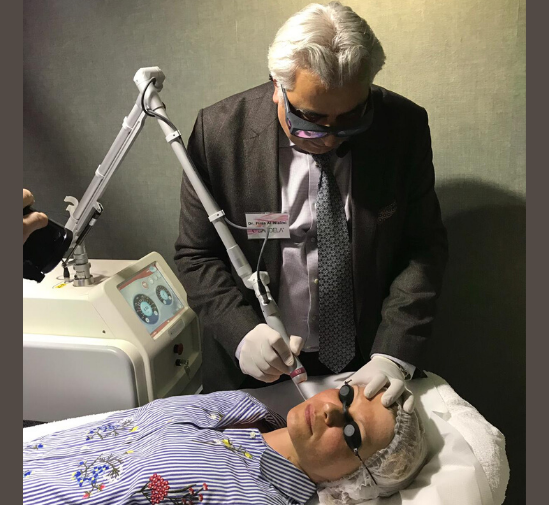